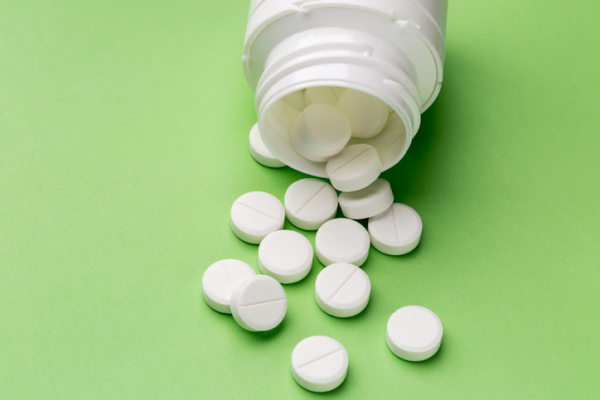 Preeclampsia is a common and dangerous complication of pregnancy that causes high blood pressure and excess protein in urine. Typically, it occurs during the third trimester or very soon after birth, but there may be a simple way to help prevent it.

If you’re pregnant, preeclampsia can cause kidney and liver abnormalities, blood clotting problems, headache, stroke, and even death. It makes it harder to deliver nutrients and oxygen to a growing fetus. And it’s linked to premature birth and low birthweight in babies. Yet a daily low-dose aspirin may help prevent many of these problems, according to a recent statement from the US Preventive Services Task Force (USPSTF).

Who is most likely to develop preeclampsia?

While preeclampsia can happen without any warning, certain risk factors make it more likely to occur:

Preeclampsia also occurs more often in Black people as a result of structural racism, which restricts access to care, and can also be a source of chronic stress from factors like food and housing insecurity that lead to poorer health and well-being.

Overall, preeclampsia affects about one in 25 pregnancies in the United States. It accounts for almost one out of every five medically-induced premature births. Preventing it will save lives.

What does the task force recommend to help prevent preeclampsia?

In the 2021 statement, the USPSTF recommends that doctors prescribe a daily low-dose (81 mg) aspirin for those at high risk for preeclampsia. The aspirin should be started at the end of the first trimester (12 weeks of pregnancy) and continued until the birth.

This supports a previous recommendation from the task force in 2014. And importantly, the statement reflects findings from a recent systematic review of research. The review looked at the role of aspirin in preventing preeclampsia, and whether aspirin can reduce complications among pregnant people, fetuses, and newborns. It also examined the safety of low-dose aspirin in pregnancy.

What did the review tell us?

Thirty-four randomized clinical trials comparing low-dose aspirin and placebo (a sugar pill) were included in the analysis. Most participants in the trials were young and white. Providing low-dose aspirin to those who were at high risk of preeclampsia successfully reduced risk for

Who should take low-dose aspirin during pregnancy?

Overall, the benefits of taking low-dose aspirin outweigh risks for some pregnant people. Your doctor may recommend it if you

It’s important to know that there are moderate risk factors to consider, too. When combined, they can increase the chance of preeclampsia and its complications. Your doctor may recommend low-dose aspirin if you have two or more of these factors:

Unequal distribution of healthcare, and social and environmental stress, make preeclampsia and its complications more likely to occur in pregnant people who are Black and those who have lower income. Therefore, the task force recommends low-dose aspirin for these pregnant individuals even if they have only one moderate risk factor.

New evidence supports using low-dose aspirin to help prevent preeclampsia, a dangerous and common complication of pregnancy. If you’re pregnant or considering pregnancy, talk with your doctor or midwife about preeclampsia. It’s important to learn the warning signs of possible problems even if you’re not at high risk. Together, you can decide whether low-dose aspirin is a good choice for you.

Time to stock up on zinc?

What it takes to achieve world-changing scientific breakthroughs

How to get your child to put away toys

No comments to show.